Diversified Roles of Data Scientist and Their Salaries 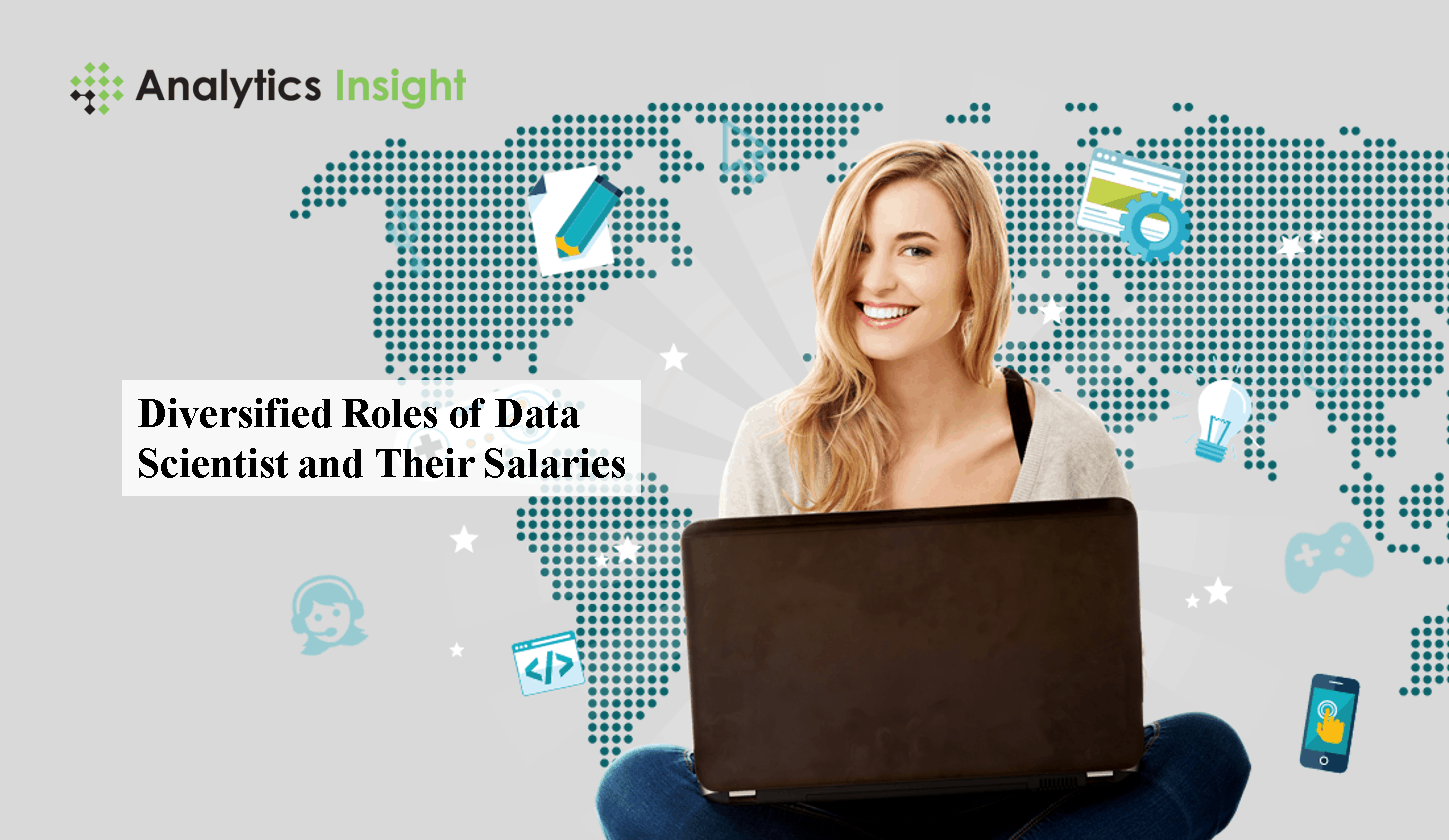 Data Science is becoming increasingly popular owing to the generation of data at large volumes. More is the data more tools and techniques required to harness its true potential. This has given rise to another trend across industries – Data Scientist, which is being considered as the hottest job of the century and rightfully so. A data scientist is responsible for processing massive amounts of data and derive valuable insights from it to help organizations meet their business requirements and goals.

As businesses are becoming more reliant on data to bolster data-driven decision making, the demand for data scientists has accelerated in the past few years. Owing to the different kinds of data generated in various organizations and sectors spanning government agencies, banking, and financial institutions, telecom companies, media and market research companies, etc. data science and hence data scientists have become core drivers of business success.

But did you know data scientist is not one role, rather it is categorized under different roles depending on the type of data or processing required? According to Data Science Central, there are 400 different roles assigned to them, out of which we have enlisted major types of data scientists.

Role of Data Statistician is to analyze data in a more traditional way, as conventionally statistics have always been about number crunching. Having strong command over statistical base can let one extrapolate his interest in a number of data scientist fields including hypothesis testing, confidence intervals, Analysis of Variance (ANOVA), data visualization, and quantitative research. These core skills make a data statistician gain expertise in a specific data scientist field.

Owing to the emergence of big data and data science, mathematicians are gaining more acceptance into the corporate. Their extensive knowledge is applied for operations research and applied mathematics. They can further carry out analytics and optimization in various fields across a business – inventory management, forecasting, pricing algorithm, supply chain, quality control mechanism, and defect control.

The data engineer’s role is quite different from that of a data scientist. The former is responsible for designing, building, and managing the information captured by an organization. His responsibility further includes putting a data handling infrastructure in place in order to analyze and process data in line as per the requirement of an organization. Data engineers need to closely work with data scientists, IT managers, and other business leaders to enhance collaborative success.

The increasing adoption of artificial intelligence capabilities to enhance the decision-making process has spread the culture of adaptive learning among machines. This means that using neural networks they can be trained over a period of time to make the same decisions when the same set of inputs is given to them. Machine Learning Scientists tend to develop such algorithms that are used to suggest products, pricing strategies, extract patterns from big data inputs, and most importantly, demand forecasting (which can be extrapolated for better inventory management, strengthening supply chain networks, etc.).

Actuarial Science is one significant base for many banks and financial institutions. This helps them predict the market conditions and determine the future income, revenue, profits/losses from these mathematical algorithms. Actuarial scientists may need not to go through data science training to perform their work but data scientist can have edge doing so with good grasp over mathematical and statistical algorithms that are at the very core of actuarial science.

The final use of all the analysis and model is done by businesses and those with added acumen of business ethics can be extremely beneficial for organizations. Business analysis is a science and art as well where not a single entity can drive the success – neither business acumen nor insights obtained based on data analysis. Their professionals with a mix of both worlds can work at the front end as decision-makers and back end as business analysts.

Besides possessing the qualities of the traditional coders, Software Programming Analysts have knowledge of number crunching through programming. Also, they are adept at logical thinking and can take programming languages to new levels. as ducks take to the water. A number of programming languages such as R programming, Python, Apache Hive, Pig, Hadoop, and the like support data analytics and visualizations that are the greatest tool for data scientists as software programming analysts.

The accelerated use of GPS based systems has elevated the level of big data analysis from its usual level. Spatial data needs specialized handling which has given rise to another category of data scientists – the spatial data scientists. engineers. From Google maps to car navigation systems and Bing maps, a number of applications use spatial data for localization, navigation, site selection, situation assessment, etc. Government agencies, as well as using spatial data received from satellites to make important decisions related to weather conditions, irrigation, fertilizer usage, etc.

With a wide range of roles, data scientists are able to translate data for various business purposes. Their rising demand is quintessentially persuading companies to offer a handsome amount of salaries. According to Analytics Insight, the average salary of a data scientist in India is US$ 13,576.39, whereas in the United States it is US$107,742 per annum.

Therefore, undeniably, becoming a data scientist is a great career path one could choose in the current dynamic contemporary market as per one’s interest in different categories described above.

How the Internet of Things is Changing Customer Service?

How AI, Deep Learning, Predictive Analytics and Digital Twins will Bring an Era of Personalized Care

How to Present Your Data So It Makes an Impact