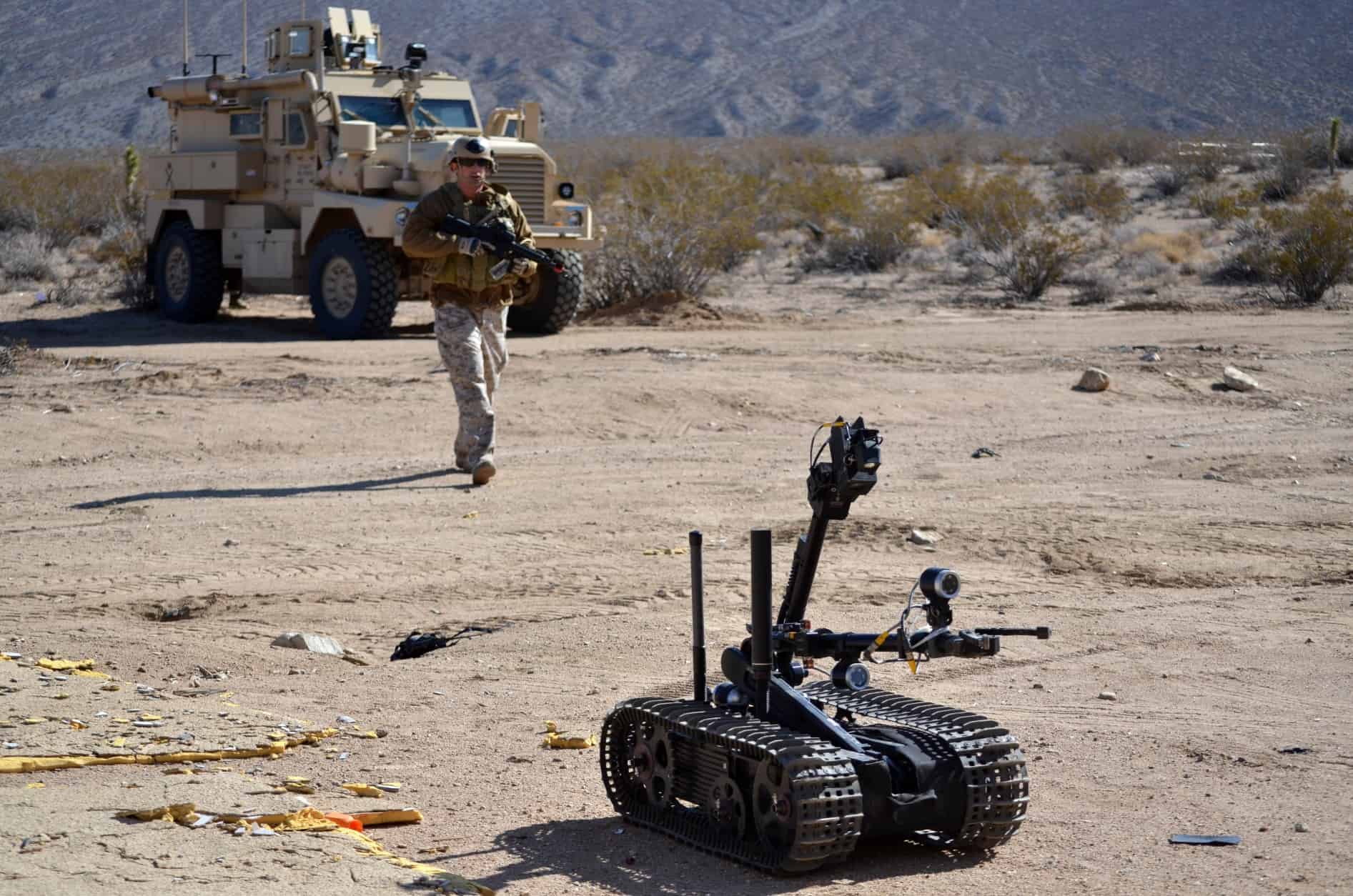 The US Defense Advanced Research Projects Agency (DARPA) is funding a study that will use gamers’ brain waves to teach hives of defense robots how to swarm together to complete missions. DARPA has given a US$ 316,000 federal grant to the University at Buffalo Artificial Intelligence Institute to study gamers’ brain waves and eye movements. The aim is to improve organization and strategy among autonomous air and ground robots.

Why would the US want to invest in robot swarms? Because bevies of bots are already being pursued elsewhere in the world, like Russia. Flock-93, for example, is a vision of 100 kamikaze-like drones, each armed with an explosive charge, swarming targets like vehicle convoys. In theory, these hordes of robots are drastically more difficult to defend against, so the US certainly doesn’t want to lag behind.

“The idea is to eventually scale up to 250 aerial and ground robots, working in highly complex situations. For example, there may be a sudden loss of visibility due to smoke during an emergency. The robots need to be able to effectively communicate and adapt to challenges like that,” said Souma Chowdhury, the grant’s principal investigator.

Research into swarm robotics owes inspiration to a wide scope of natural organisms, like ant colonies and schooling fish. But however fascinating these creatures may be, only humans have the potential to improve AI systems to new tactical heights, according to Chowdhury who is also a member of UB’s sustainable manufacturing and advanced robotic technologies (SMART) community of excellence.

“The project is ongoing, at a pretty aggressive pace,” Chowdhury said. “We are around the halfway mark.” At present, they’ve yet to start the data-gathering phase of the project, although Chowdhury has a good idea of the format that it will take. The plan is to carry out experiments with around 25 participants. Each participant will play between six and seven games with different randomized settings and levels of complexity. Unlike games such as StarCraft, which can last for hours, in this case each game will last only between five and ten minutes. That will be sufficient to measure decision-making strategies, and for these features of interest to be extracted using algorithms and scripts developed by the team.

Ultimately, the researchers hope to end up with an AI that can guide the actions of groups of 250 robots on the ground and in the air, giving the fleet the ability to autonomously navigate unpredictable environments. “Humans can come up with very unique strategies that an AI might not ever learn,” Chowdhury told Digital Trends. “A lot of the hype we see in AI are in applications that are relatively deterministic environments. But in terms of contextual reasoning in a real environment to get stuff done? That’s still at a nascent stage.”