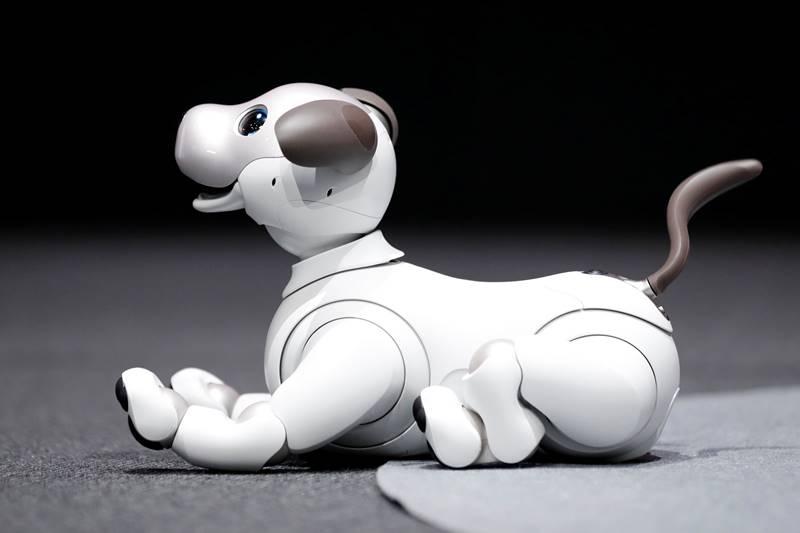 When Sony launched the AIBO robotic pets back in 1999, they were immensely popular. Sony stopped selling them in 2006 (though they have since launched another) but other brands have come up since.

One of the most popular is Joy For All by Hasbro. They make a fuzzy robot cat and pup to provide companionship to elderly persons. For kids, some popular robot pets include Zoomer interactive puppy and kitty and WoeWee ChiP robot dog.

These robot pets have a lot of cool features. They can purr, bark, run and walk (usually on wheels) and respond to petting and commands.

But they are still a long way from looking or behaving like real pets. However, with huge advances being made in robotics and AI, we are seeing robot pets that look and behave more and more like real pets.

Could robotic pets one day replace real ones?

When comparing robotic pets to real pets, we are not just talking about their features or looks. We are also considering their emotional value.

And in that aspect, robotic pets may already have replaced real dogs and cats.

Pets, real pets, have a lot of health benefits. According to the CDC they can help reduce blood pressure, lower stress and anxiety and combat loneliness among other benefits.

Interestingly, researchers have found that robot pets can offer similar benefits to their owners.

Already, therapeutic robot pets have been in use for years in hospitals and care homes. The most popular one is a robotic baby seal called Paro.

The robot was designed in Japan and launched in 1993. Today, it is classified as a Class 2 medical device by the FDA.

Paro was actually used to measure the effect of robotic pets on the elderly in retirement homes.

Researchers discovered that the robot baby seal greatly reduced loneliness and improved socialization among the elderly.

In fact, the participants in the study were more likely to touch and pet Paro than a real dog.

Even outside retirement homes, robot pets are generally a better choice for the elderly than real pets. This is because they don’t need to be taken care off and their owners can pet and cuddle them as much as they want.

But these benefits have mostly been studied in the elderly. I suspect that many adults will find real pets to be more comforting and engaging.

This is another area where robotic pets are threatening to replace real ones.

A real barking and walking puppy is every kid’s dream. But it’s not a toy. They cannot run around with it all day, throw it up in the air or do whatever they want.

With a robot pet, kids are likely to have more fun. Most of the robotic pets for kids sold today are packed with plenty of fun features.

ChiP by WowWee can respond to commands, follows you around, plays fetch and displays a personality. Kids can run after it or let it run after them. They can even teach it new games.

With the FurReal GoGo My Walkin’ Pup, kids can take the robot pup for a walk and interact with the pup in different ways.

Basically, all the fun with none of the responsibilities.

Robot pets for kids are especially handy if your children are not yet old enough to take care of a real pet. They are also a good option if you live in a house or apartment that does not allow pets.

In my opinion, I really don’t think that robotic pets will ever replace real ones at least in terms of features, behavior and emotions.

Your dog or cat is far too complex and sophisticated for anyone to engineer an exact replacement. They are warm, loyal, quirky and sometimes a bit dumb. They also have emotions that are hard to replicate in a robot.

But that doesn’t mean that they cannot be replaced. No one is asking for a robot dog that looks and behaves exactly like a real dog.

Kids want a robot pet that is fun and interactive. Adults and the elderly appreciate robot pets that are warm and cuddly.

Manufacturers like Hasbro are focusing on improving the smarts and features of these robotic pets to make them more interactive. They are relying on modern advances in robotics and artificial intelligence.

Future robotic pets will interact more intimately with their owners and will have a wider range of complex movements and actions.

They’ll be able to understand when they are sad or happy and respond accordingly. They’ll be able to walk and run on grass like real dogs. Maybe we’ll even get robotic pets that can take autonomous actions like greet you when you arrive home.

The result will be that people form deep emotional attachments to their robotic pets.

So while robotic pets may never really replace real ones in terms of physical features and behavior (in the near future at least), it’s a different story when it comes to the emotional aspect.

More and more people will opt for robotic pets as companion animals because the emotional value is roughly the same as that of owning a real pet.

Robotic pets might soon become the automatic first choice for parents looking for a pet for themselves, an elderly relative or their kids.  Click here to get more information about the best robotic pets.

As the Sr. Researcher & Writer for RobotsInMyHome.com, Vicky spends most of her time covering the real-world impact of the latest technologies on consumers' lives around the world. She writes full-time for a number of leading review and editorial publications around the web.

How Government is Incorporating Data Science