Can Artificial Intelligence Steal your Job? Perhaps Not Rather Modify 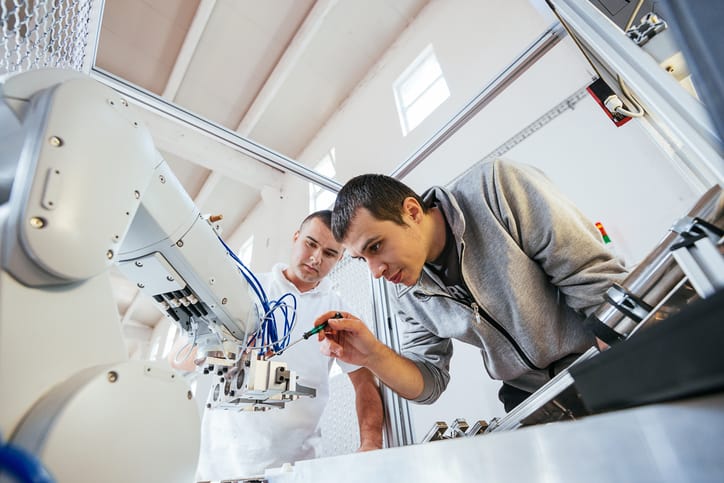 Though some forms of AI shows its cleverness, it would be impractical to assume that current AI counterparts human intelligence.

If the murmur around Artificial Intelligence (AI) has made you nervous that it will soon displace your job as the technology works more promptly than human brain. But the truth is that AI actually empowers workers to centre on higher-level thinking and crafting. This is not a hindrance; rather it is needed for a workplace. Currently, AI is providing human intelligence all over the continuum from banking to media.

AI consists of software tools which are used to solve problems. It provides new opportunities for people to obtain new professions and succeed. Some of the essential substitutions will let people to improve and learn new skills.

Jobs that will be replaced by AI and are they all beneficial?

Everyone is afraid of losing job due to AI and automation. Because AI joined with robotics, is going to sideline in many sectors. For example, humans those drive taxis or trucks, assemble a product in a factory, understand medical records, and carry out inspections of infrastructures etc. Here are some categories besieged by AI-powered machines.

Assembly Worker: There are a lot of workers working manually to assemble component parts and by that face the risk of injuries and the pressure of performing constant recurring tasks continually for years. Automation can reduce their pressure by making the assembly fast and so that they can do other works giving more productivity.

Taxi Driver: Before the onset of on demand vehicles, the taxi drivers earned a lot by transporting customers to various destinations. They used to cope with the customers and have to satisfy with that. But the on demand taxi service has helped both customers and taxi owners. Taxi drivers and their owners get more customers in a day without wasting time.

These jobs give employment to millions of people worldwide today. Thus, AI does not steal rather modify jobs.

Some types of AI may provide the sense of cleverness; but we cannot assume current AI is equivalent to human intelligence.

“Some forms of Machine Learning (ML) — a category of AI — may have been inspired by the human brain, but they are not equivalent,” says Alexander Linden, Research Vice President at Gartner.

Each AI technology is based on data, rules and different inputs given by human experts. So, AI is basically influenced in one way or the other. For example, the image-recognition technology can recognise the image, but this technology cannot help in solving math problems.

Linden pointed out, “The rule with AI today is that it solves one task exceedingly well but if the conditions of the task change only a bit, it fails”.

When it comes to bias, an ML model will always operate the way you’ve trained it, said Olivier Klein, Head of Emerging Technologies, Asia-Pacific at Amazon Web Services (AWS), which is retail giant Amazon’s Cloud arm.

“If you train a model with a bias, you would end up with a biased model. You continuously need to train and re-train your ML model and the most important thing is that you need some form of feedback from the end-consumers,” Klein told IANS.

Linden told, “Today, there is no way to completely banish bias; however, we have to try to reduce it to a minimum,”

Most of the time, IT and business leaders get confused about how would AI benefit their organisations and are confronted with a number of AI misconceptions.

According to Gartner, they must separate reality from myths to devise their future strategies. “Every organisation should consider the potential impact of AI on its strategy and investigate how this technology can be applied to its business problems,” said Gartner.

“ML models are the opposite. They require a lot of data inputs to be able to be trained.

It is the fact that machines cannot take decisions of their own and work according to human emotions. For example, compassion can never be automated.

The Collaboration between Bot Management and Ethical Data Use