Blue Yonder’s AI-powered algorithm puts England’s chances of reaching the World Cup 2018 semi-finals at 55.9%, though Brazil is still expected to be the ultimate victor 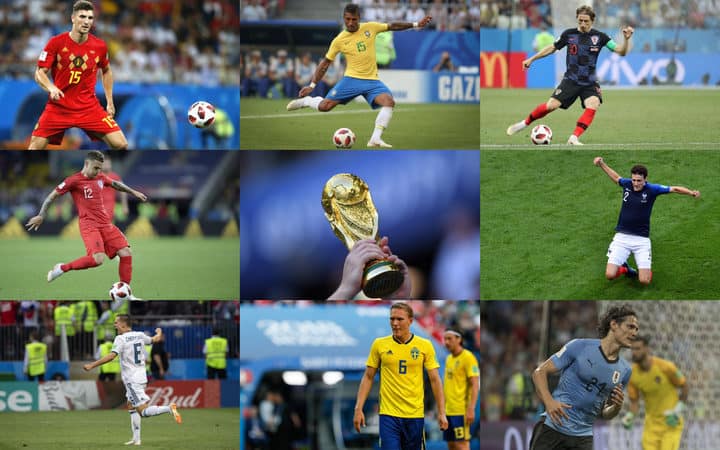 Blue Yonder’s AI-powered algorithm puts England’s chances of reaching the World Cup 2018 semi-finals at 55.9%, though Brazil is still expected to be the ultimate victor

Blue Yonder, 06.07.18 – Retail artificial intelligence (AI) specialist Blue Yonder has turned the attention of its powerful AI solution to predict the results for the remaining games of the World Cup 2018. The AI powered algorithm, developed using techniques honed at CERN, puts England on course for a win on Saturday’s match against Sweden, though only gives the team a 9.8% chance of taking home the ultimate prize.

Commenting on the predictions, Christian Haag, Data Science Consultant at Blue Yonder, said: To arrive at the predictions, Blue Yonder’s powerful AI solution analysed every international football match played since 1872 (approximately 38,000 matches) running over 1 million simulations of the World Cup. From this, Blue Yonder has identified Brazil as the overall winner, though it is set to be a tight race between the remaining countries.

Blue Yonder’s latest predictions for the winner of the Fifa World Cup 2018 are as follows:

“Our AI-driven solution makes millions of daily calculations to predict consumer demand for every product across stores and channels. We also use AI algorithms to optimize pricing for global retailers, so when it came to the World Cup, we decided to have some fun and see whether our AI capabilities could forecast the World Cup results.

“One of the reasons they call it the beautiful game is the fact that anything can happen in football and the shock exit of Germany last week is a prime example of that. There are no certainties in the game, but looking into the data does give us some clues about how things might play out. Our AI-powered analysis of what has now been dubbed as ‘the most unpredictable World Cup’ successfully predicted the outcome of 63% (30 out of 48) of the World Cup’s group stage matches played. This includes the forecast of the surprise success of Sweden. Although football pundits backed Mexico in the third group-stage match, the algorithm went against the tide by forecasting Sweden’s 3-0 thumping of the Mexican side.”

Christian Haag concluded: “Although our predictions now show that Brazil has the best chance of winning the World Cup this year, with a 29.8% chance of winning, history tells us that anything could happen and there’s everything to play for!”

With AI embedded into their supply chain and merchandising processes, retailers can respond quicker to changing market conditions and customer dynamics, boosting revenues and increasing margins.

Developed by one of the largest teams of PhD-level data scientists in retail, our solution delivers 600 million decisions daily to international grocery, fashion and general merchandise retailers.

Blue Yonder was founded in 2008 in Karlsruhe, Germany, by former CERN scientist Professor Michael Feindt. The company has been awarded the Experton Big Data Leader Award 2016, the BT Retail Week Technology Award and the IGD Award 2017 for Supply Chain Innovation.