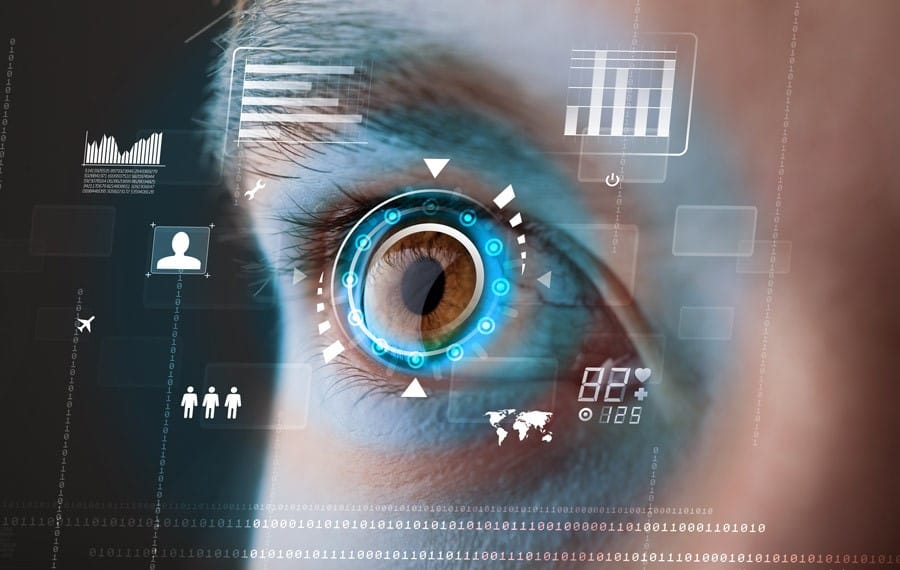 Artificial intelligence has always been an integral component of biometric technology. Biometric recognition employs artificial intelligence enabling a computer system to exact match an iris pattern or a fingerprint to a template on file. AI in its broader sense is moving forward to play a bigger role into biometric technologies. The changing technology has made face-based authentication system no longer sufficient enough to match two static images. Face-based authentication now needs an additional AI boost to check signs for live-ness. In a move forward, fingerprint scanning systems are increasingly expected to tweak their algorithms to quickly recognize an end user’s biometrics with more precision.

Of late, the convergence of technologies has blurred. The line between AI and biometrics as neural networks and machine learning algorithms has evolved to deliver rudimentary computer vision capable to identify threats like suspicious behaviours or weapons similar to that biometric facial recognition and iris recognition can provide matches between two different images.

The integration between biometrics and computer vision is directly linked with multiple applications like cyber security, services and safety including facial recognition from a distance, biometrics for border control, intelligent video surveillance, 3D face modelling and recognition, forensic biometrics and finger vein recognition.

Choose your Biometrics Wisely to Protect from Hackers

If you are wondering, which Biometrics will be your best bet, you can choose from your face, voice, fingerprint, iris, and fingers to be ascertained of unprecedented levels of security reliability, and convenience. Additionally, your toes have prints made up of the same ridges as your figures and even your tongue has a unique print don’t be surprised if the future data security measures are built around them.

AI-powered Facial Recognition and Computer Vision are increasingly integrated into smartphones enabling them to not only identify their users but other settings and objects where there are camera points. Google launched Google Lens, a computer vision system with last year’s Pixel 2 smartphone.  The sophisticated Google lens is built into Pixel 3’s camera system and prompts the user to ask if the user wants to save the number to their contacts while taking a picture of a phone number on a business card.

Google Lens is all set to empower the user to access more information about some trendy accessory featured in an Instagram image by activating a long press in Pixel 3’s cameras. Google also continues to infuse AI into traditional smartphone photography. The “Portrait Mode” feature uses AI to automatically blur the background of a given subject, it’s another feature named “Top Shot” feature automatically chooses the best shot from a given motion photo, thus saving your time to decide which one is the best.

Google says its “Super Res Zoom” feature is an astronomical imaging technique that allows the user to zoom in on an image while maintaining a relatively sharp image quality. The tech giant promises that its forthcoming “Night Sight” feature will produce highly detailed images even in dark settings.

Huawei’s Honor smartphone is the latest brand to make a big bet on artificial intelligence technologies with its newest smartphone offerings. Dubbed as Honor Magic2, the new device is poised to be the world’s first smartphone featuring a dual-core NPU processor, which will be embedded in the form of a Kirin 980 chip. Huawei aims to enhance its user experience with YOYO, a voice-based virtual assistant leveraging Honor smartphone’s processing power.

Over the last few years, biometric surveillance hosted on facial recognition technology has emerged to be an important industry, with a number of companies racing to offer solutions based on direct facial scanning with the aid of live video input feeds.

Kogniz, a California-based startup, has showcased and officially launched its biometric surveillance services based on facial recognition technology solution at this year’s ISC East. Kogniz CEO Daniel Putterman Putterman explains that Kogniz’s solution is not just based on facial recognition, but on a broader computer vision system offering a range of applications, like identifying shoplifters to making a call or when a child is at risk of drowning in a public pool.

Israel based computer vision specialist AnyVision working on body, object and face recognition technology has raised $28 million in a series-A round of investment led by Bosch. The company had teamed up with NVIDIA earlier this year to sharpen its facial recognition technology offerings for CCTV applications and has recently announced that its technology would be employed to secure a sports stadium in London

The excitement in the Biometrics and Computer Vision space is spicing up, with new financing and cutting-edge developments. This confluence is all set to redefine security parameters and contribute to a new era in artificial intelligence as we see today.

How AI’s Inclination Towards Cloud Computing will Transform the Domain in 2018?