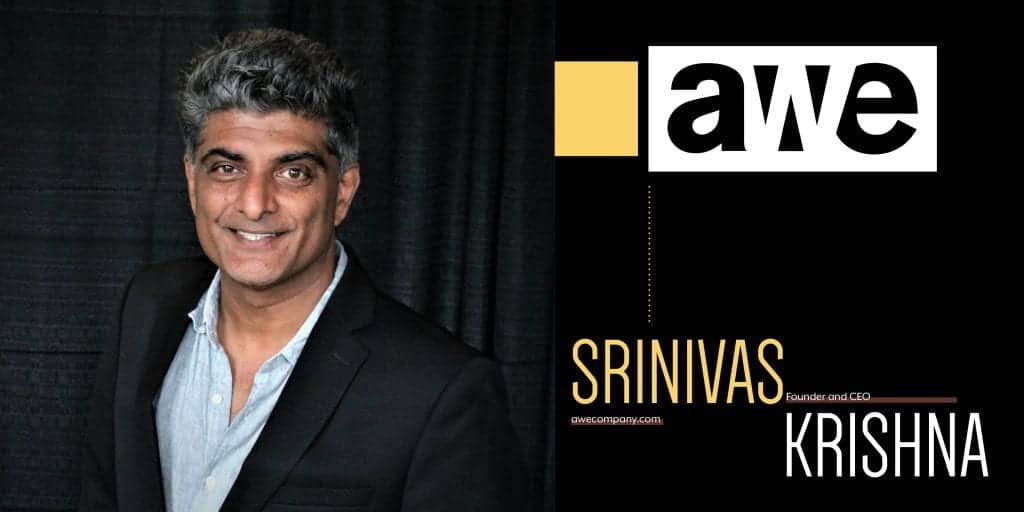 AWE Company started creating AR/VR for venues and mobile users since 2011, long before it was a thing. The company’s team of designers, engineers, scientists, and executives share a common belief of integrating the digital and physical worlds and solving significant human problems.

This year, the team behind AWE Company is launching Geogram, a new spatial computing interface that will transform the company’s relationship with the built environment. A game engine for the real world, Geogram enables real-time multiuser collaboration inside a virtual model of a location, from any device, anywhere. For the first time, designers, planners, and venue managers can visualize a space, design layouts and plan events, observe user behaviors, improve efficiencies and deliver interactive digital experiences, all within a unified 3D platform. Alongside the company’s solution, AWE Company provides its customers with 3D site modelling services, software integrations, as well as training and tech support.

Srinivas Krishna is the Founder and CEO of AWE Company. He launched the company in 2011 with a handful of excited customers who’d never heard of AR before they met him, and with no product. An entrepreneurial leader who combines a powerful vision with executive ability, Srinivas set about developing foundational AR technologies and new user experience designs for camera-based applications, while implementing the R&D programs that drive the company’s innovation and product development. Today, as CEO, he leads the company’s culture, operations and continued growth with passion and commitment. Prior to his work in augmented reality, Srinivas produced and directed feature films that have premiered at Toronto, Sundance, and Cannes, and have been distributed worldwide. His work as a digital media innovator has been applauded by Canada’s national newspaper, The Globe and Mail, as “utterly breathtaking… genius.” His contributions to the industry include participation in the global VRAR Association’s Storytelling Committee and the Consumer Technology Association’s VR/AR Working Group.

Geogram’s mission is to improve life on earth, one place at a time. It’s a mission that grew out of the numerous projects Srinivas and the team did at AWE Company – everything from geolocated story-based experiences for massive organizations like the City of Toronto to utility apps that simplify complex tasks for startups. To execute these projects, the team had to develop a consistent process and toolset – they’d generate virtual models of the physical world where the team could design user journeys, deliver interactive geolocated AR experiences and visualize data about what happens there. And because the team was distributed globally, the company implemented real-time, multiuser, remote collaboration functions inside the virtual model so everyone could work together. In the process, the team had created a spatial computing interface that makes the physical world intelligent, interactive and designable. As AR/VR became more widely accepted, the team realized their tools would deliver enormous value if they shared them. That’s how AWE Company’s sister company, Geogram, was born.

AWE Company is widely recognized as a mobile AR/VR pioneer by the industry and the US patents the company has been awarded. Its early projects such as The Blockhouse and the TimeWarp VR Experience at Fort York are milestones in the history of mobile AR, something that years later people will look at and say, “Here’s the crazy stuff they used to do before Google, Apple, and Facebook made it all so easy!” The company prefers to measure its achievements by the success of its customers. When a client sees a demo of Geogram and declares, “This makes my job so easy! Where have you been all my life?”, that’s when AWE Company allows itself a moment to celebrate.

Establishing Benchmarks to Disrupt the Industry

As a cloud-based spatial computing interface, Geogram provides numerous benefits to enterprises who operate in the built environment. Today, major venues, event planners and designers are gaining enormous efficiencies by collaboratively designing events in a virtual model of the location, while AWE Company mobile app integrations enhance customer engagement with state-of-the-art, AR wayfinding, and AR content marketing. As the company grows to meet the demand from adjacent markets – retail, urban developments, cities, and ports – it is integrating IoT and AI to provide greater functionalities, like the ability to visualize real-time data about the performance of machines, the movement of goods, and the behavior of people in 3D models of the real world, as well as the ability to run predictive simulations and modify the virtual model in response. With these functionalities, Geogram will enable enterprises to make data-driven decisions that will help them improve operations, gain efficiencies and create better customer and employee experiences.

Spatial Interfaces for Breakthrough in AR/VR

Even as Cloud Computing, IoT and AI technologies make the physical world intelligent and interactive as it goes online, there’s no easy way to visualize and work with this spatialized, real-time information on current 2D interfaces. This is a problem AWE Company is working on solving. The company is developing Geogram into a spatial interface for IoT and AI technologies so that it can more effectively and easily visualize, design, and interact with IoT and AI products both in the physical world and in its virtual 3D replica. Interfaces for IoT and AI is an area where you can expect to see future innovations in AR/VR, both from Geogram and from others.

As AWE Company’s Lead Engineer Laura Thomas once said, “We began as a research collaboration between artists and scientists to develop a more natural human-computer interface. So, creativity and innovation are at the heart of our culture. It’s our secret sauce.” Key partnerships that drive the company innovations include on-going research collaborations with computer vision and AI labs at Ryerson University and York University in Toronto. The company learns a great deal by actively listening to customers and collaborators, such as the City of Toronto, the spatial web company Verses Labs, the global design firm B+H Architects, and Kolkata-based software developers Micronix Technologies. AWE Company takes a human-centered, design thinking approach to problem-solving and product development. It’s the company’s policy to hire thoughtful risk-takers, encourage continuous learning, and to plan for the cost of failure in its quarterly budgets. In short, the company continues to innovate by dedicated significant resources to it.

With the incumbents – Google, Apple, Facebook and the rest – having entered the AR/VR space so aggressively, AWE Company can safely see that the era of the spatialized web has begun. According to Srinivas, over the next 2 to 3 years, we’ll witness increasing adoption of AR/VR headsets by enterprise and early consumer adoption of smart glasses. He believes we’re basically moving up the stack from core tech and middleware to user data, design and content layers. No longer is AR/VR about the tech, it’s about how we will use this tech to create value. What type of content and what kind of experiences will make life better? What kind of user interfaces will help us navigate and interact with an intelligent, spatialized web? How will the blockchain and decentralized data architecture enable greater individual privacy and liberty as we share information online that’s tagged to locations both physical and virtual? These are some of the challenges that the company foresees. “At Geogram, we address them through product innovations, and by doing so, we position our company for continued success and growth in what promises to be the volatile and competitive business environment,” Srinivas adds.