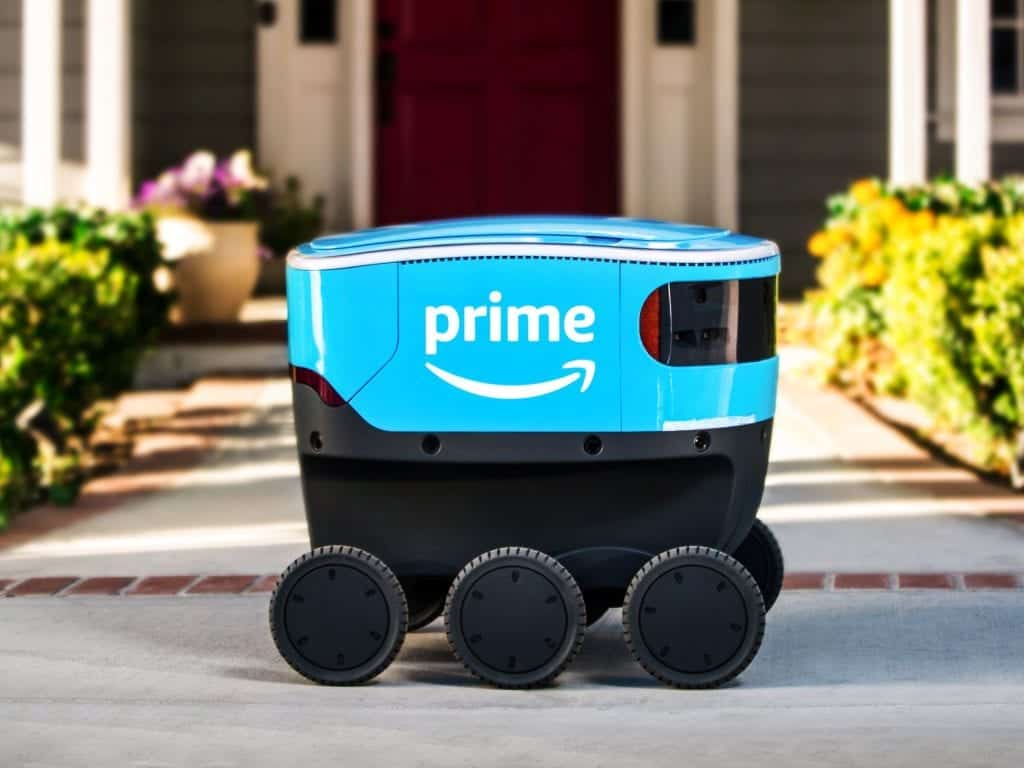 The online shopping giant already had tested its delivery robots in Washington State, but this time marks the first deployment in California. Amazon’s Scout, deployed in the Irvine area, will drive during daytime hours, Monday to Friday.

According to Amazon, the robots, which are light blue and have the Amazon smile logo stamped on its sides, are able to dodge crashing with trash cans or pedestrians. Though the robots can drive autonomously, they will be accompanied by human staffs – Scout Ambassador – to ensure nothing goes wrong. The Scout Ambassador consists of part diplomat, part research and associate for the project, which answering questions from people and taking note of their reactions.

Currently, robots are not yet actually interacting with people daily, so the reason to deploy Scout Ambassador with Amazon’s delivery robots is to analyze how people interact with them, and in turn, thinking about how those interactions might be improved.

In the race for delivery robots, Amazon is not only a company that tested and deployed robots to deliver merchandises to their customers’ doorstep. Other companies have also been testing similar delivery robots on college campuses, delivering burgers or soda to students. Among such companies, Starship Technologies is one company building small self-driving robotic delivery vehicles, making active deliveries in the UK and on the campus of George Mason University, with over 50,000 reported parcel drop-offs.

One another company joined the race is US-based startup Refraction A.I. which created a low-cost, lightweight delivery robot, named REV-1. The brainchild of University of Michigan professors Matthew Johnson-Roberson and Ram Vasudevan, the REV-1 is three wheels delivery robot which can operate in both the bike lane and on the shoulder of roads.

With this rate of augmentation in delivery robotics, that day is no longer when we will see robots running on the streets everywhere. When looking at research reports, the global market of delivery robots is anticipated to reach from US$11.9 billion in 2018 to US$34.0 billion by 2024, growing at a CAGR of 19.15%.

While the technological advancements are on its swing, robot OEMs (Original Equipment Manufacturers) have begun combining data analytics platforms like big data analysis and predictive analysis, into the robotic system. A delivery robot can perform a range of tasks, such as route mapping and navigation, dynamic path planning, and barrier identification, with the help of the software.

Along with Amazon, Starship, and Refraction A.I., there are a large number of key vendors in the delivery robots market, including JD.com, Nuro, Robomart, Eliport, BoxBot, Kiwi Campus, among others.

Conversational AI: The Future of Business and Trade

Tips to Build a Career in Big Data