AI Winter is Coming: Hear from Experts, What Could Possibly Happen? 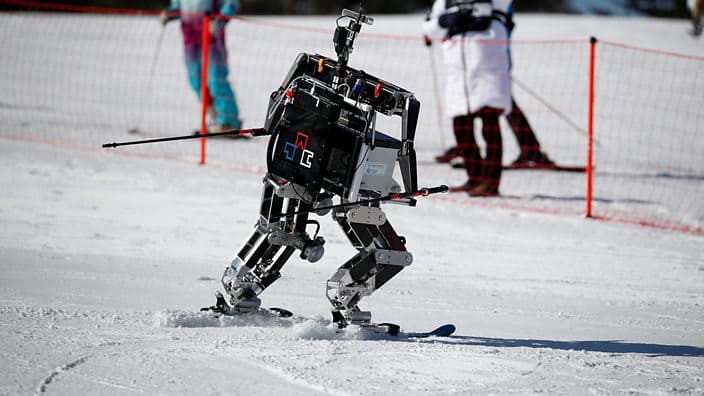 As we look back, we observe that the last decade has been a great phase for AI and its researchers. This was the time where we saw AI in a more dynamic and evolutionary role, be it in professional or personal lives.  However, in a report by BBC, it has been noted that “hype surrounding AI has peaked and troughed over the years as the abilities of the technology get overestimated and then re-evaluated. Where the peaks are known as AI summers, the troughs are termed as AI winter.”

According to the report, the 10s were arguably the hottest AI summer on record with tech giants repeatedly touting AI’s abilities. To this Yoshua Bengio who is an AI pioneer and happens to be called ‘godfather of AI’ said that the technology’s abilities were somewhat hyped in the 10s by certain companies with an interest in doing so. However, the current waves of the technological landscape are implying that this hype might slow down with approaching AI winter.

What Exactly Is AI Winter?

AI is cyclic when it comes to hype and advancement. At a certain point, the technology sees itself reaching dizzying levels of media attention and industry funding while at the next cyclic turn it experiences the other side of the AI hype cycle – AI winter.

According to ThinkAutomation, “These are the times where ‘artificial intelligence’ wanes in both favor and furtherance. During an AI winter, the technology becomes little more than a dirty word, synonymous with false promises. It steps out of the spotlight, away from the disillusioned eyes of the public.”

Notably, it is a term that depicts the lowest points in AI where interests are reduced, advancements are inhibited and funding becomes low. And there is a dense possibility that the world at the current stage is heading towards such a situation.

Katja Hoffman, a principal researcher at Microsoft Research in Cambridge said, “I have the sense that AI is transitioning to a new phase.”

However, some experts believe that it would be wrong to consider this new phase as AI winter provided that the billions being invested in AI and the fact that there are likely to be more breakthroughs ahead.

Moreover, Robot Wars Judge Noel Sharkey, a professor of AI and robotics at Sheffield University, told the BBC that he likes the term “AI autumn” – and several others agree.

According to AI researcher, Filip Piekniewski who is also a critic, said, “fears of an impending winter are hardly skin deep. Deep learning has slowed in recent years.”

In one of his article in 2018, Piekniewski, after discussing most of the aspects of AI winter and its hype, he concluded that “Predicting the AI winter is like predicting a stock market crash – impossible to tell precisely when it happens, but almost certain that it will at some point. Much like before a stock market crash, there are signs of the impending collapse, but the narrative is so strong that it is very easy to ignore them, even if they are in plain sight. In my opinion, there are such signs of a huge decline in deep learning (and probably in AI in general as this term has been abused ‘ad nauseam’ by corporate propaganda) already visible. Visible in plain sight, yet hidden from the majority by an increasingly intense narrative. How “deep” will this winter be? I have no idea. What will come next? I have no idea. But I’m fairly positive it is coming, perhaps sooner rather than later.”

Call it AI winter or AI autumn, the truth somewhere lies with the fact that what was promised with the hype hasn’t been delivered with time and what will happen next in terms of interest, funding, and implementation is all can be predicted.

Catherine Breslin, an ex-Amazon AI researcher said, “In the next decade, I hope we’ll see a more measured, realistic view of AI’s capability, rather than the hype we’ve seen so far.”

Impeding its hype and coming out from the stereotype of ‘buzzword’, some do hope that AI may work for what it has been programmed. Researchers may cherish what it has to cater to today’s reality more than what it could possibly be hyped to do.

Samim Winiger, a former AI researcher at Google in Berlin said, “The manifold of things which were lumped into the term “AI” will be recognized and discussed separately.”

Samsung to Showcase Its Artificial Human, Neon At CES 2020