AI Invasion in Journalism is Revolutionising the Trend of News Reporting 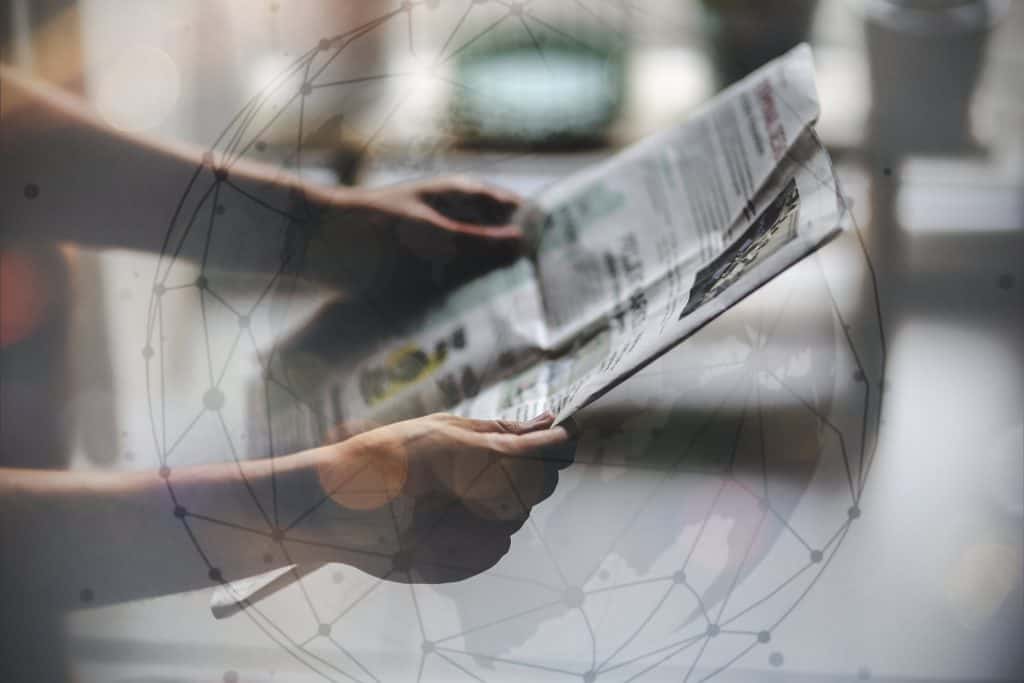 Journalism is a vast industry. The never tiring sector needs more human power for jobs starting from field reporting to approving a copy and publishing it. Thousands of journalists are on the ground covering stories and doing live telecast across the globe.

However, it is very rare for a normal news agency to think of bringing in Artificial Intelligence (AI) technologies or a robot to the functioning system. Even when well-established media house is on the process, small news agencies struggle to digest the fact that AI can aid them in a lot of ways. This was heavily hit when the Covid-19 pandemic pushed all sectors to work from home. News is not something that could be collected or telecasted by remote working at all instances. Henceforth, journalists took the risk of going to field reporting. But it came with a cost.

Thousands of journalists became vulnerable to contract Covid-19 due to their movement in public, especially crowded areas. That is when media houses realised the importance of AI technology in the sector.

Artificial Intelligence (AI) is designed to mimic the way that humans use reasoning to solve simple problems. The technology acts as a replacement of human hands in various sectors. Advanced AI is capable of learning and intelligent thinking. AI can predict the future with the past data inputs which are very essential for journalism. Remarkably, journalism is not the only field that chose to replace humans with technology. Several sectors switched to automating their routine process by installing AI and its applications.

AI in journalism not just means replacing journalists. The technology starts its functions from giving news suggestions to consumers who access the media. It works drastically on social media and search engines. Facebook’s algorithm suggests news articles to users based on the mastheads and channels they have shown a preference for in the past. This is possible only with the use of AI that could do data analysis and find people’s choice. The general statement ‘AI can know you better than yourself’ is a pure fact.

AI robots analyse large datasets and send alerts to journalists at Bloomberg News as soon as a trend or anomaly emerges from big data. Big data is referred to a large set of data stored in several computers and sources. It is estimated that humans create 2 quintillion bytes of data every day. A journalist, even a data journalist can’t look at such a large data file and spot differences or errors. However, AI and its applications can do it in a short span of time.

AI to detect plagiarism: AI is also used to find stories mining data, analysis, transcribing interviews, to help check and spot plagiarism in articles. Plagiarism is a threat to the journalism industry. A dingle plagiarised article can collapse a journalist’s career and will pull down the news agency’s reputation in the market. It is a relief to news agencies that AI can perform the protection task.

A French AI agency uses AI to detect doctored photos and even teamed up with Facebook. On the other side, a Canadian agency developed an AI system to speed up the translation. Microsoft claims its move to bring in AI was part of its business revolution.

AI robots as news reporters: China tried a very peculiar move in reporting by making an AI robot present the news. The Xinhua channel presented ‘Xin Xiaomeng’ who sports a short haircut, a pink blouse and earring and ‘Xin Xiaohao’ who wears a sharp suit to anchor the news show. It was a milestone in the achievement of installing robots a place of a news anchor.

AI for fake news reconition: AI systems are well aware of identifying real sources of news content from artificially generated ones. Fake news and misinformation is a global threat. Increasing incidents of lynching and violence is an outcome of such misinformation. However, news agencies can’t report on fake news like how Whatsapp forwards or Facebook posts work. News agencies are known for their credibility. Henceforth, the AI mechanism aids news agencies in identifying fake news and eliminates it. AI can also easily curate news on a website as per a user’s interest and browsing history.

Even if the above-mentioned roles of AI systems feel like a lot, journalism involves much more than this. News agencies might soon opt to switch journalists with AI robots and applications to minimise human hands in the sector. However, it won’t make much difference. All the AI involved jobs account to only 10-12% of the total functions in journalism. Therefore, it won’t make a big difference or kill vacancies for journalists.

One more thing to remember while talking about journalism is that it involves emotions. For example, a journalist making a site visit to a fire-affected spot and speaking to people who are homeless by expressing his/her concern can never be compared with a robots workmanship.

As an end note, it is safe to say that AI will replace or take over a lot of technical and works involved in the journalism sector, but it is unlikely that it will replace journalists.