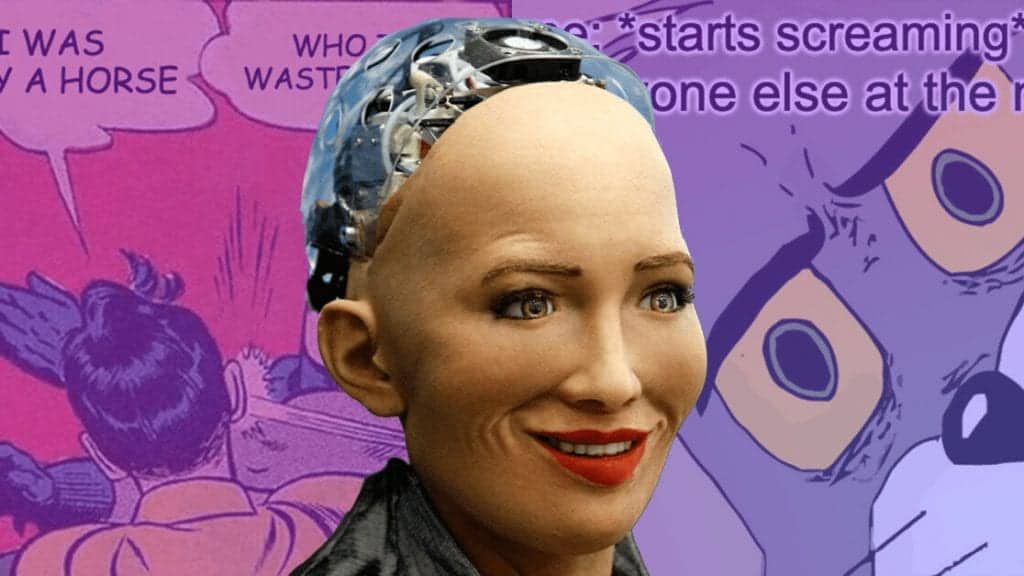 Artificial Intelligence has created a swarm of possible abilities to help humans for a digital age of better data analysis, image recognition, predicting which potato you are on stupid online quizzes, and even help to bring automation and aid in drug discovery. But what if we told you that AI can now create memes for you? Yes, you read it right. The internet has been obsessed with this AI-based meme generator for the past few days. Without a doubt, this meme generator is taking the world by storm thanks to its entertaining and unique features.

A website called Imgflip, create customized memes and GIFs, built a meme generator called ‘This Meme Does Not Exist’, that harnesses machine learning to create new captions at the click of your mouse for 48 of the most classic, popular meme template like the distracted boyfriend, the Gatsby Toast, Sean Bean from The Lord of the Rings, Drake from Hotline Bling music video to surprised Pikachu. The tool is not to be confused with other meme generators, which merely curate existing popular memes. So now you don’t have to spend much time, ignoring the outside world to create that perfect, hilarious meme. Just type someone’s name or a keyword, and the meme generator will generate a meme associated with that name or keyword. If you are lazy enough for that, simply press the refresh tool, and voila, get a randomly created meme. Netizens believe this may be the best-distracting and entertaining thing that has surfaced on the internet since quarantine, and we entirely agree with them!

Imgflip’s founder Dylan Wenzlau says that used neural networks to train computer to use deep learning techniques to take images from the public who created memes utilizing the website’s non-AI meme generator. They took 48 of the most popular meme templates and fed the system with 20,000 captures per meme templates to analyze the image data. This was necessary to speed up the training process and reduce the complexity of the model. The team used a machine learning platform Tensorflow and Keras, to generate the captions. The dataset included roughly 100 million public meme captions posted by Imgflip users, and a total of 960,000 captions was used as training data. However, there is one training example for each character in the caption totaling 45 million training examples. The only exception is the maximum length of the text; apart from it, these captions do not follow any other rules. In his blog, Dylan wrote, “Character-level generation rather than word-level was chosen here because memes tend to use spelling and grammar…uh…creatively” Hence the result was memes that are sometimes stupid, nonsensical, but are at times are hilarious.

If you are worried that AI costs us our jobs, maybe meme-makers you are next. And in case you get confused if the meme is generated by humans or the AI, there is a tiny watermark on the bottom side of these memes. So, be ready to get awed and sucked into this bizarre AI meme world.

Do You Want to Transform your Business? Try Intelligent Automation!