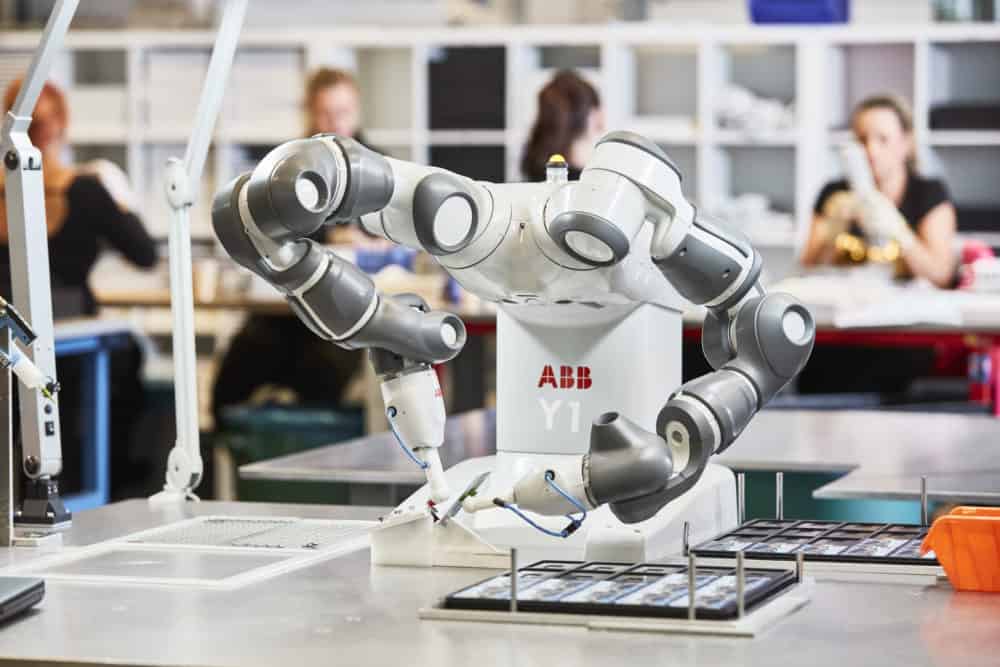 ABB, a Swiss-Swedish multinational automation company, has begun construction of its new robotics manufacturing and research facility in China, the world’s largest robotics market. The facility is expected to open in early 2021 and represents a total investment of US$150 million (1.1 billion RMB).

The new facility, located in Kangqiao, near Shanghai, will involve the latest manufacturing processes, including machine learning, digital and collaborative solutions. It will be the most advanced, automated and flexible factory in the robotics industry worldwide – a center where robots make robots, according to the statement by ABB.

The new robotics factory will also host an onsite research and development center to assist in stimulating innovations in Artificial Intelligence. Also, the center will serve as an open innovation hub where ABB closely join forces with its customers to co-develop automation solutions that are tailored to their individual needs.

The Chairman and CEO of ABB, Peter Voser said, “The establishment of the new factory is another milestone in ABB’s development in China and will further strengthen our leadership in the world’s largest robotics market.” ABB’s robotics solutions serve a diverse customer base in Asia, helping automotive manufacturers, mainly in e-mobility, along with manufacturers in the electronics, food and beverage, pharmaceuticals, logistics automation, and general industries, among others.

According to the company, the facility will be structured around cells of automation, with autonomous guided vehicles (AGVs) moving between stations, instead of a linear production line that will enable greater flexibility and customisation. The ABB’s new factory in China will be a complete digital manufacturing ecosystem, using a digital twin that will offer everyone, from managers and engineers to operators and maintenance teams, data insights and machine learning capabilities to advance performance and enhance productivity.

To inspect robots as they are being assembled, and to make sure the highest quality standards, ABB will leverage an ML-based system. Additionally, for the production facilities, an R&D center will be co-located on the site, to further research into AI and foster collaboration between ABB and its partners.

While ABB envisages that global robot sales will grow from $80 billion to $130 billion by 2025, China is going to become the world’s largest robotics market.

Headquartered in Zurich, Switzerland, performing mainly in robotics, power, heavy electrical equipment, and automation technology fields, ABB Robotics has three factories all over the world – the new factory in Shanghai that will replace the existing one there and will support customers in Asia. The factory in Västerås, Sweden, supplies customers in Europe and the Auburn Hills factory in Michigan supports the Americas.

The company has a full range of business activities in China, ABB’s second-largest market, including R&D, manufacturing, sales, and services. It has nearly 20,000 employees located in 131 cities and at 44 local companies. ABB’s robotics business in China deploys over 2,000 engineers, technology experts and operational leaders in 20 locations across the country. Since 1992, the company has invested over US$2.4 billion in China.

How Augmented and Virtual Reality are Transforming Businesses

Top 10 Artificial Intelligence Companies to Work for in 2020

How AIoT and Edge Intelligence Powering the Next Technological Revolution?