A Walk Through the History of Robots 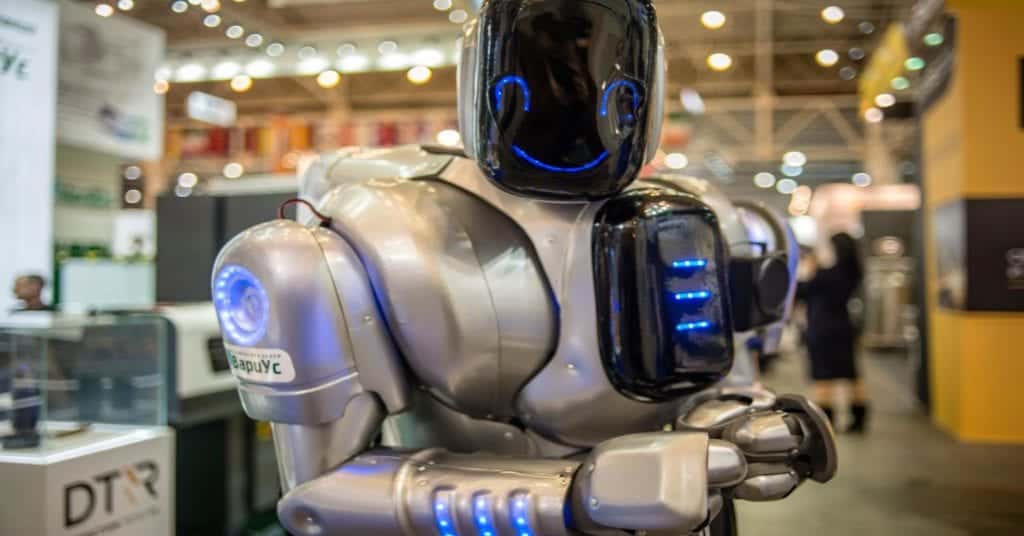 The word robot always rings the movie terminator where Arnold Schwarzenegger as robot says “Desire is irrelevant I am a machine”. There are two school of thoughts, some people have the notion that robot will have autonomous thoughts and eventually take over the world. The other school thinks that in future people will kneel before robots and their life will be at the mercy of these machines. From a simple mechanical bird to robot soldiers, robotics has a come a very long way. Let’s walk through how the machines that basically form the backbone of today’s world came into existence and evolved over the years.

In 350 B.C., the Greek mathematician Archytas built a mechanical bird termed ‘The Pigeon’, which was propelled with the help of steam. In the era of Egyptian Civilisation made use of Egyptian water clocks, where human figurines were used to strike the hour bells. It measured time as a result of the force of water falling through it at a constant rate. In the 14th century, Leonardo Da Vinci designed a mechanical man that looked like an armoured knight. The armoured knight was designed to make the knight move as though there was a real person inside.

Later a French inventor named Jacques de Vaucanson build automata (a moving mechanical device made in imitation of a human being).  He built three of them in total. The first was a flute player that could play twelve songs, followed by the second one, which played a flute and a drum or tambourine, and the third automata, which was a duck that moved, quacked, flapped its wings and even ate and digested food. In 1810, Fredrich Kauffman from Germany designed the modern robot- a soldier with automatic bellow that could blow the trumpet.

In the year 1898, Nikola Tesla built a remote-controlled robot boat. The arrival of the programmable computer further shaped the first real robots. In 1960’s, Joseph Engleberger introduced the industrial robot labeled “Unimation” which was a programmable robotic arm that was installed several years later in the assembly line of General Motors. This robotic arm delivered dangerous and outstanding performance.

In 1969, Stanford Artificial Intelligence Lab created the Stanford arm, which became the design for future robot arms. This arm was capable of assembling small parts together using touch sensors. In 1985, the first robot, called Puma350, was used in the medical field for surgery. Its purpose was to orient a needle for a brain biopsy under computerized tomography guidance.

The year 1997 had been one of the most crucial years for robots. It was the year of Mars Pathfinder mission. The robotic Mars rover Sojourner was released onto Mars’ surface and its job was to transmit data back to Earth from the Martian soil.

With technological advancement, robots started becoming more autonomous. Lately, developers started making robots more human-like. In recent years, features like artificial skin tissues, emotions, self-awareness and autonomous thinking have been incorporated in robots. Robothespian is one such machine that is capable of entertaining and communicating with people. It is fully interactive and multilingual.

The biggest boon from robotic world to mankind is HAL (Hybrid Assistive Limb). The HAL reads brain signals and helps people who have mobility problems, making it extremely useful for disabled people and the elderly.

Robots are boon to the mankind by improving the quality of lives. Few years down the lane robots will also become an integral part of mankind. We have to wait and watch whether robots are the best or worst thing that has happened to the mankind.

What to Expect in Fintech this Year?

How to Design an Efficient Data Quality Management Strategy

Need of Strong Governance in the Field of Artificial Intelligence