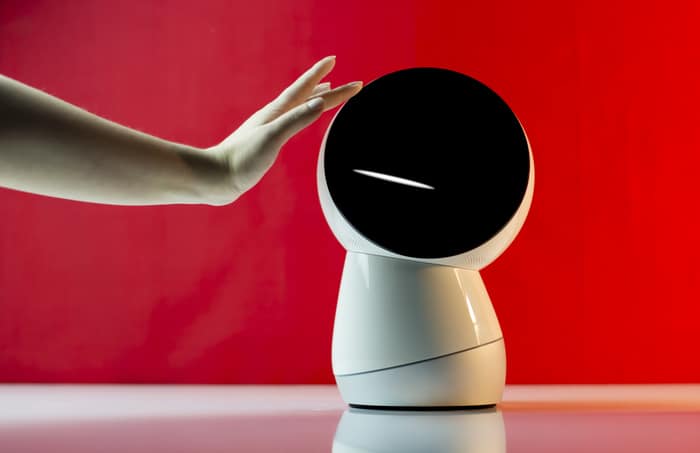 Advances in Artificial Intelligence, Machine Learning, and Natural Language Processing (NLP) have enabled humans to create humanoid robots, news anchors, personal assistant, and many more. Keeping this trend, two years back in 2017, two robots – Sophia and Han – made history. They went on stage, at the RISE technology conference in Hong Kong, to debate the future of humanity with each other. Even, they cracked jokes, talked about drone armies taking over the world, as well as discussed ethics in robots and humans, in due course of the debate.

While the world is yet to see a fully-functional humanoid robot become mainstream, the day is not far away. Earlier, there was a question man or machine? But these days, it has been replaced with man and machine. By taking this question, some observers consider that whether humanoids can go beyond the industrial world to become part of people’s personal lives.

However, the Japanese government has moved on this possibility and is funding the development of care robots for the elderly. Shin-tomi nursing home in Tokyo already employs 20 types of robots for such care.

Robots are not a clandestine for today’s world as these are already in use in factories and warehouses, where they continue to win terrain. But now, with an accumulation of innovations in AI, sensors, and battery technology, robots have entered our domains at work, home, and in the public sphere. These robots are generally called Social robots – the autonomous mobile machines that are designed to interact with people and exhibit social behaviors like identifying, following and assisting their owners and engaging in conversation.

Social Robots Are Making Its Presence

Today, many companies are developing humanoids to take care of people. Turkey’s Akin Robotics factory, for instance, has already begun mass production of humanoids. Samsung, on the other side, unveiled and demonstrated a few robots for personal use, at the CES 2019 trade show. One of them is Samsung’s Bot Care, which allows users to check their blood pressure, heart rate and sleep patterns. It also reminds them to take medications, alerts family members in case of emergencies.

Other robots include Bot Air that weighs air quality and takes remedial measures. Bot Retail provides support to customers while shopping. Exoskeleton from the Gait Enhancing and Motivating System (GEMS) helps people who have trouble in walking, running or standing up, and thwarts overworking of their muscles. Furthermore, non-humanoid social robots are moving from the experimental stage to mass production. For example, MiRo is one of the world’s first robots that has a brain-inspired biomimetic operating system. Piaggio’s Gita is a cargo bot that can be utilized as an autonomous shopping trolley.

How Will Humanoids Impact Our Daily Lives?

As the evolution of the mobile phone to smartphone has brought an essential change in today’s everyday life, researches strongly indicate that humans can be influenced by robots, much like they are by fellow humans. Today, we build robots with our knowledge and skills over the human mind. But there is still a question that what is the impact they can have on people’s cognitive processes when humans interact with them closely?

The introduction of social robots in society, work and homes speed up various discussions ranging from the dark side of artificial intelligence to the future of work and the impact on social interactions. But it will be interesting to see how these kinds of social robots will influence people’s personal lives.

The Advantages and Disadvantages of Outsourcing IT