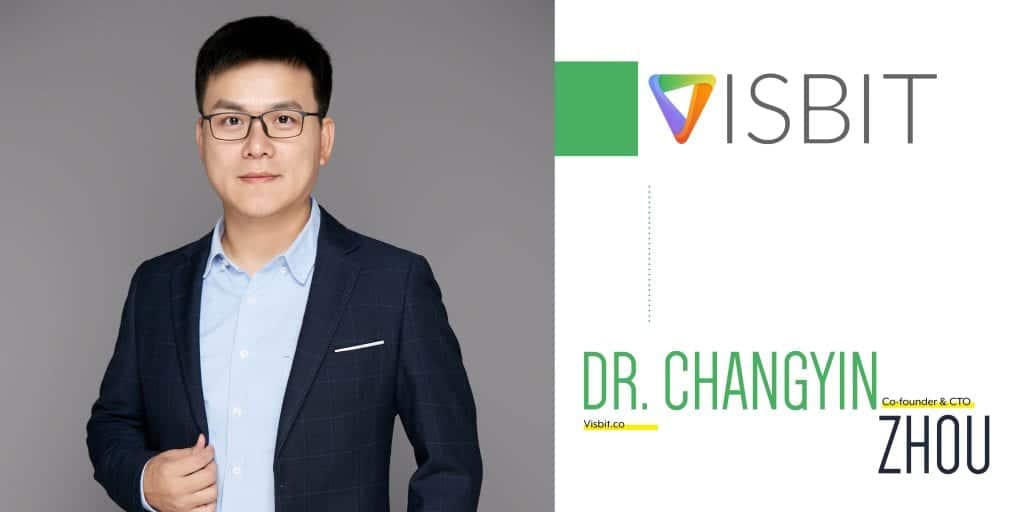 Founded in 2015 and headquartered in Silicon Valley, Visbit Inc. is a visual tech startup focused on intelligent transmission and playback technology for immersive media. With its patented Visbit View-Optimized Streaming (VVOS) technology, Visbit’s VR video player is the world’s first product that is capable to achieve 4K to 12K stream, live stream, and synchronically playback of 360-degree VR videos across VR, mobile, and web with today’s mobile chip decoding and network condition. Based on its technologies, Visbit offers full-scale SaaS and streaming/playback solution service for immersive media creators and enterprise users. The company serves thousands of customers across industries globally.

Following the dream formed during the founder Dr. Changyin Zhou’s Ph. D period, Visbit started its journey in VR. The founding team very soon identified a critical issue for VR which was the poor user experience caused by the video transmission capability and playback quality issue, and then set a goal to solve this problem.

Dr. Changyin (CY) Zhou, Co-founder, and CTO of Visbit, is a computer vision scientist and entrepreneur with more than a decade of experience in envisioning and developing new cameras and vision technology to make the most optimal user experience possible. With in-depth knowledge in image/video processing and computational photography, Dr. Zhou founded Visbit to continue pushing the boundaries of his research and building the next-generation visual products to improve people’s work and life.

At Visbit, Dr. Zhou has been leading the R&D, engineering, and product development efforts. Combining cutting-edge computer vision, computer graphics, image processing, and machine learning technologies, he developed the core technology of Visbit — View-Optimized Streaming (VVOS) as well as a series of pioneering products in VR processing and playback area, including the Visbit transcoding and playback system that is capable to achieve 12K resolution playback and streaming, 8K resolution live streaming, and 8K resolution synchronized playback across VR headsets and mobile. These contributions made Visbit a leading visual technology company in the VR world.

Before Visbit, Dr. Zhou worked at Google X Lab (moonshot factory) as a Senior Software Engineer as well as at Google Research as a Senior Scientist. At Google X Lab, he was one of the founding members of the Gcam team and worked on projects including the Google Glass camera, Android camera HDR+ mode, and other still-confidential computational camera projects.

Dr. Zhou holds a Ph.D. in Computer Science from Columbia University as well as  over 20 patents in the field. He has published articles in leading academic journals and has given speeches at almost all of the top tier computer vision/graphics conferences, including Siggraph, ICCV, CVPR, and ICCP.

According to Dr. Zhou, two main complaints to VR video experience since its birth are 1) the video resolution is low therefore everything looks pixelated, 2) the lag in head movement and video rendering speed therefore viewers may feel dizzy and couldn’t watch for a long time. To make VR viewing experience equal to viewing a 720p regular video on mobile, the company needs to render and display 360-degree VR videos at least at 8K resolution. This requires every step from video production to transcoding, distribution, playback and display all meeting the 8K standard. Although camera, post-production software, and VR headsets today are all capable to meet this standard, the major bottlenecks are the network speed as well as the mobile device’s decoding capability which are only capable to deliver up to 4K resolution VR videos. Yet 8K is just a starting point for VR.

At Visbit, the team designed Visbit’s View-Optimized Streaming (VVOS) technology to solve the above two bottlenecks. Instead of streaming the entire 360º video at high resolution, this technology only streams what the user is viewing. As a user turns, Visbit’s technology seamlessly adjusts the high-resolution and low-resolution views, leaving no room for latency. Through years of effort (see image below), the team finally enabled VR video content creators and publishers to produce and distribute up to 12K resolution VR video over Wi-Fi and LTE.

To make VVOS broadly benefits the industry, Visbit converted its VVOS technology into multiple products. The 12K-capable Visbit VR Theater is a turnkey playback solution with a content management system as well as a player with kiosk, theater and regular modes to meet all kinds of playback needs. Visbit Player SDK enables other apps to stream and plays in up to 8K resolution. And Visbit Live VR Solution brings 8K quality to live entertainment and makes 8K VR video broadcasting easy.

All of the mentioned technology and products not only greatly improved the end-users’ VR video consumption experience but also unblocked the monetization possibility for VR content creators and made their work to deliver VR video experience a lot easier.

In the enterprise world, Visbit VR Theater is enabling VR videos to be a powerful tool for customer acquisition and employee training for industries like manufacturing, real estate, travel, agriculture, and construction. It also helps schools like Harvard University and Kean University to improve education efficiency. Today, there are already thousands of business customers signed up to use Visbit VR Theater.

Convergence of Disruptive Technologies With VR

Dr. Zhou feels AI is naturally blended with VR as one can see. One increases the processing capacity and productivity our society needs while the other improves the mobility. Due to the huge data VR needs to processing, it naturally requires a next-generation solution to include AI as part of its solution.

Go cloud is also a big trend for VR. Today, with the edge computing technology developing with 5G, more heavy-duty calculation tasks could be completed in the cloud instead of on the client, leaving the world to be “lighter” and always “connected”.

Both of the two technologies are helping make VR smarter and richer, although it will still take years for 5G and edge computing to finish its development and to impact people’s daily life.

“To some distance, customers drove Visbit to be more innovative. They throw hard problems to the company and push engineers at Visbit to provide more powerful and innovative solutions, “he added.

Visbit also collaborates with its partners like headset manufactures, camera makers, and content creators to boost innovation in this industry. The company also spoke and participated in conferences and industry associations such as VRLA, NABShow, VRVCA to contribute to the industry innovation.

Moving Towards A Better Future

Dr. Zhou sees VR as not only an interesting new way of entertainment but also a powerful new method to communicate, while communication is a very important portion of work and life. “We see its potential to change the world positively and Visbit will help to make it happen,” he asserts.