The Ups and Downs of Tech Industry During Pandemic Induced Recession 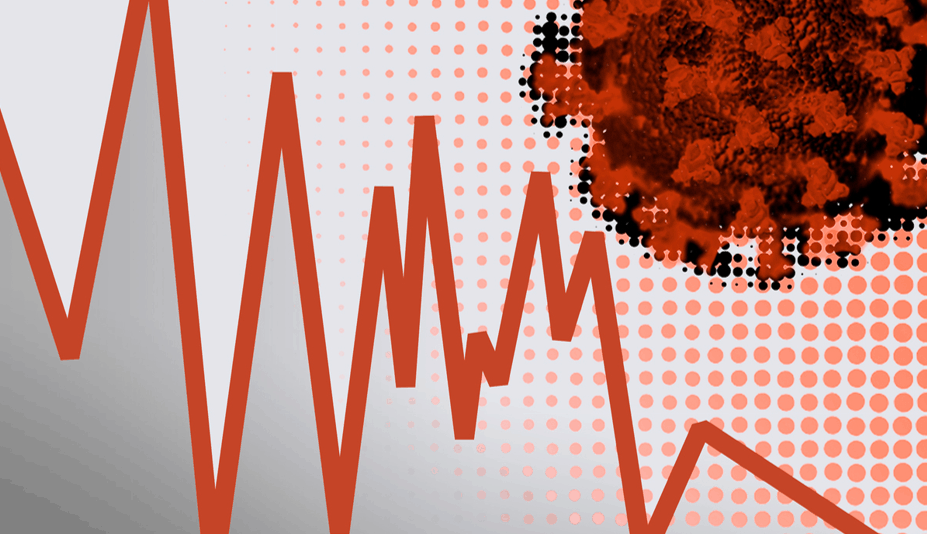 Every recession in the past and downturn in modern memory has led to the revolution of tech industry incumbents and the rise of new powers. The brutal recession of the early 1980s gave rise to the personal computer era. In the milder recession of the early 1990s, the federal government essentially handed the internet over to the private sector and laid the seeds for the dotcom boom that gave birth to Amazon, while Microsoft pulled off Windows’ victory over Apple.

The Great Recession of 2008-2009 hit the technology industry much less harshly than the rest of the economy. While the industry didn’t experience any major setback, the downturn did propel the rise of social media in the form of Facebook and Twitter.

Now What COVID-19 Induced Recession Has Brought to the Tech Table?

During the recent crisis also, the impact on the technology sector was comparatively lesser than the rest of the economy. While the industry did experience major shocks, the rundown of events has precisely encouraged the proliferation of new-age disruptive technologies like Robotics, Artificial Intelligence, and significant others.

Tech is already at the forefront of helping us deal with various disruptions from the COVID-19 threat, as people use video conferencing and online collaborative tools to work from home. Many of us stream music, video, and games to help us through our self-imposed quarantines. Colleges and schools are forced to deliver their classes online to keep their students safe and isolated.

The tech industry is not recession-proof, however, it is in a much better place to tackle the crisis than the travel industry, for example. In one or the other way, tech is being used as a substitute for travel that’s no longer possible during the COVID-19 emergency.

Whatever the shape, technology budgets will take a hit, freezing spending, and long-term projects, which creeps up and impacts long-term vendor stability.

Forrester projects three scenarios for the US economy and technology spend:

Scenario A – 30% probability: Best case, the pandemic peaks this quarter, having the largest economic impact in Q2 and Q3, but rebounding in Q4. It would result in US tech spending falling 5% in 2020.

Scenario C – 10% probability: The pandemic recurs and the economic downturn extends into 2021. Deep and long revenue declines would cause companies to breach or renegotiate contracts. “Modeling these impacts is not possible at this time,” Forrester said.

As data has become the new lifeblood of every function, most technology-functionalities depend on the nature, maturity, or harnessing of data.

In one of its analysis, MIT Sloan Management Review concluded that demonstrated ROI, or a lack thereof, is likely to be the biggest determining factor in whether organizations will strengthen or contract their data science and analytics efforts. For those data teams that have demonstrated strong, positive ROI, the demand for analytics might increase in a recession.

Based on data from Burning Glass Technologies’ Labor Insight tool on the three-week average for the period that ended April 18, 2020, growth in new US job postings has slowed, with rates of decline varying across industries such as finance and insurance, non-store retail, passenger airlines, and air freight. However, although new job postings in data science and analytics have declined overall, they currently appear to be declining at a slower rate than that of most other occupations. And within the finance and insurance industry, new job postings in the analytics and data science space have actually increased.

Impact on the AI Industry

The unfortunate truth of the global coronavirus pandemic and the AI evolution is that it impacts the most vulnerable people, the low-skilled people in society and the poorest countries the most.

The pandemic is already emptying call centers as AI chatbots are zooming in to replace human call center workers. While call centers have long been a frontier of workplace automation, the pandemic has accelerated the process.

As close to 38 million Americans have lost their jobs due to Covid-19 and some of these jobs might not come back, U.S. companies that are on the cutting edge of AI are only growing ever more powerful.

As noted by Forbes, in the global equity market, the leadership is U.S. equities and within this large-cap U.S. tech and the so-called FAANG stocks. The 5 most valuable companies in the world are increasingly all AI companies. Facebook, Apple, Amazon, Netflix, and Google (Alphabet).

In China, the same situation, Baidu, Tencent, and Alibaba are all AI companies. Alibaba and Tencent in terms of market capitalization are the most valuable China domiciled companies and both are cutting edge AI companies.

Stanford Professor Andrew Ng famously stated, “Data is the new oil, AI is the new electricity.” In a post-COVID-19 world, this could become the new mantra.

Every time there is a major technological disruption, such as AI, it gives us a chance to remake the world. AI is a very advanced technology, yes affecting both developed economies and developing economies. The advice to developing economies is to focus on AI to strengthen a country’s vertical industries and invest in education because AI is still so immature.

Coronavirus appears to be accelerating the adoption of workplace automation — and the trend is likely to stick around after the pandemic. Adopting robots and AI could keep businesses going during social distancing and reduce health risk to human workers. But with unemployment already at Great Depression levels, many of the jobs lost to automation might never be regained.

Brain Corp, a San Diego-based company that develops software for use in autonomous cleaning robots, reports its customers are employing robots about 13% more than they were in the months before the pandemic.

The autonomous cleaners can do basic cleaning tasks “so that workers can use their time to do essential sanitation,” says Phil Duffy, vice president of innovation at Brain Corp. “Robots are something a lot of our customers are looking at now, and it’s making a big difference.”

Simbe Robotics produces an autonomous shelf-scanning robot called Tally that can audit inventory at grocery stores through computer vision and machine learning. That’s particularly useful for food markets as they struggle to keep products on the shelf during the disruption of the pandemic, says Brad Bogolea, Simbe’s CEO.

Fetch Robotics employs a cloud platform that allows for the rapid deployment of robots in warehouses and similar facilities. With fewer human workers on the job because of social distancing, essential businesses “need robots to help make up the difference,” says Melonee Wise, Fetch’s CEO.

The Evolving Sphere of Artificial Intelligence

How Coronavirus Wreaked Havoc on Economy Around the Globe