Snaappy: Piloting Social Networking to New Heights with the Most Emotional AR Solution 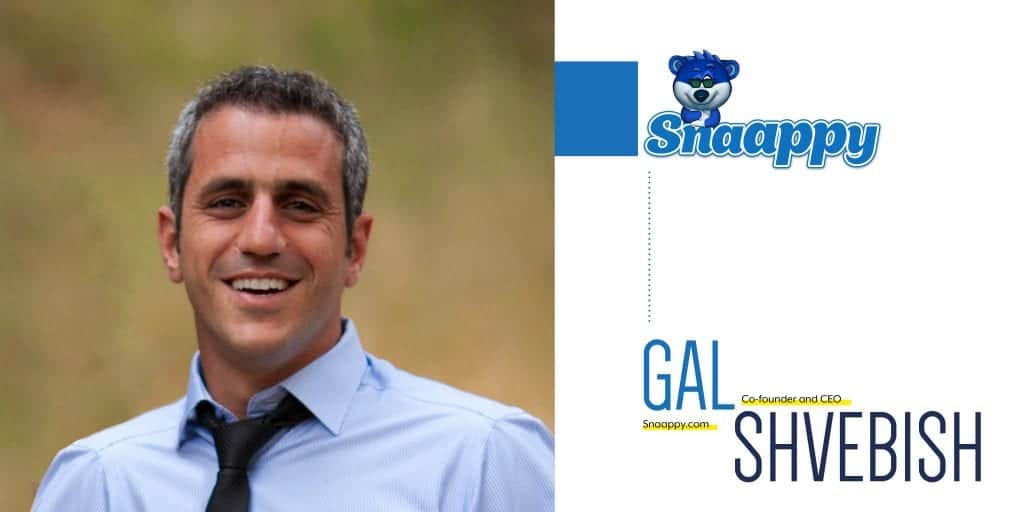 Augmented Reality (AR) is influencing social networking from the past few years. It seems like the technology is outdoing the long-time ace players – Facebook, Snapchat, Instagram to name a few. AR is hustling at the forefront of social media and finding new innovative ways to boost businesses.

To recall, AR in social media gained popularity through Snapchat followed by the fame of Pokemon Go. Social media has found various ways to implement AR in ways that felt organic to its users, instead of forcing AR on people. Other than Snapchat, Instagram is adapting to Snapchat-like AR features to its platform.

Seeing the amplified role of AR in social media in present times, one can assure that the technology will continue to be a huge part of people’s everyday life. Moreover, companies are tracing out new unique and innovative ways to promote their services and products through the AR technology. AR can turn even an e-commerce trade into a much more engaging experience. Interestingly, a great AR experience is highly shareable among audiences hence creating better and enriched brand awareness in the market.

More and more brands have started to embrace this technology but the most significant changes will likely to come when AR becomes more accessible. To leverage the vital transformation, several companies are putting their best foot forward to encourage more AR services. One such company that is developing ingenious AR technology for futuristic social and gaming environment is Snaappy.

Snaappy is a B2C Augmented Reality company. It is building the next generation of social networking and gaming based on innovative AR technology and a family of 3D animated characters.

The company’s vision is to enhance human digital interactions using AR. According to Snaappy, the entire AR industry is broken (even before it started to take off), due to a wrong AR vision. Snaappy is trying to fix that by “trading Specs for Scale”.

Gal Shvebish, Snaappy’s Co-founder and CEO is successfully leading the AR product vision. He is one of the AR industry visionaries who try to deliver knowledge and vision while lecturing in front of anyone willing to listen about the AR industry, Snaappy’s new AR vision of “trading Spec for Scale” and building AR products that users really need vs. cool WOW effect features that no one needs and have zero retention.

Smart Offerings to Client and Customers

Snaappy is on a mission to educate the mass consumer market about AR technology and how can consumers benefit from it and enhance their digital interactions using it. Snaappy is constantly developing and testing new AR features as well as training its users on how to use it smartly. By doing that, the company is leading the way for its millions of users to daily habits of using AR tech in different use cases. Moreover, Snaappy is arranging online AR events which drive awareness and engagement to the field.

Gal believes that AR technology is highly co-related to other technologies like AI. There are many AR features which also require deep AI technologies to support it, mainly in the field of computer vision.

Leading the Drive of Innovation

Snaappy is innovative in terms of AR vision, technology and content which are reflected in the following ways:

•   Cutting-edge AR products, a “true AR” social network as well as a “true AR” games. “True AR” means that Snaappy is not another face detection platform which is using masks and calling it AR (like Instagram or Facebook), rather than a company which is innovating around true SLAM technology and creating new use cases like AR messaging, AR GEO location posts, AR video creation features, Full AR gameplays, etc. The idea is to lead the world into a new era of social communication using AR.

•   The company has 16 patent applications on its unique technology.

•   A new, refreshing AR vision which is contradicting most of AR companies’ operations. In its leading AR editor, the company has more than 60,000,000 content options built-in whereas other platforms have barley a few hundreds.

•   Partnerships with the leading brands who had identified the company’s innovation and contribution to the video creation industry using AR, thus promoting it worldwide.

•   The company has won an award in CES18 as one of the most innovative AR companies in the world.

•   Snaappy is working closely with the leading AR technology providers in the world like Google, Huawei, Oppo, Vivo, etc.

•   It is launching a series of AR social video contests with big brands (the first one starts with Huawei in Russia).

•   The company is currently penetrating the Chinese market. It has established a fully local operation there with some strong Chinese marketing partners.

Gal believes Snaappy (and the AR industry as a whole) will have to grow and mature fast to succeed. As things are looking right now, there are no big players in that field (except Snapchat). Nowadays, most of the companies are either faking it (creating face detection/AI features and marketing them as AR) or not operating in that field at all. The industry needs more pioneers who will take risks and try to build the world from the ground up.

Gal wants to see Snaappy taking a major role in the revolution and evolution of the global AR industry, constantly innovating and moving forward fast ahead of the market.