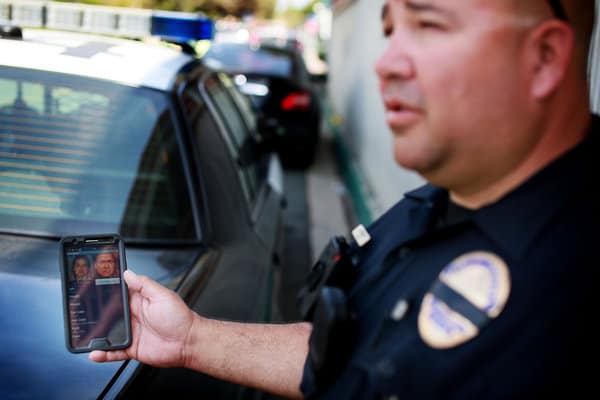 California lawmakers on Thursday passed a bill that forbids state and local law enforcement from using Facial Recognition software in body cameras, as the most states say it poses a menace to civil liberties in the United States. The bill, AB 1215, marks the latest legislative effort and it received 42-18 votes in favour in the State Assembly.

The bill will limit the adoption of facial recognition technology that critics maintain raising privacy and accuracy concerns. Now the bill, referred to as the Body Camera Accountability Act, heads to Governor Gavin Newsom who will decide whether or not to approve it into law. If he signs the bill it would take effect on January 1, 2020. The legislation also prohibits officers from running facial recognition in real-time or after the fact on footage collected by body cameras.

However, the bill doesn’t forbid state and local police from using facial recognition technology in other ways, and they still may utilize the technology to blur faces in videos revealed to the public in order to protect individuals’ privacy. Additionally, it also does not apply to federal agencies such as the FBI.

The bill’s sponsor and Assembly member, Phil Ting said in a statement that the vote was important for maintaining trust in communities that have benefitted from the transparency cameras provide. He pointed out, “If you install software onto those body cameras then you run the risk of really destroying that trust. It becomes a tool of surveillance, which was never the goal.”

Facial recognition software has become gradually prevalent in the past several years, used at stores, airports, concert venues, and by some police departments. The technology helps in identifying people from live or recorded video or still photos, generally by comparing their facial features with those in a database of faces.

Currently, there are no federal rules regulating Artificial Intelligence and facial recognition technology in particular. Moreover, the latest bill reflects rising discontent in the US over facial recognition which government agencies have used for years and now has become more prevailing with the rise of cloud computing and AI.

California is not the first state who took action on the use of facial recognition technology. Two states, Oregon and New Hampshire, already have laws, preventing the use of the technology in body cameras. Also, San Francisco and Oakland this year banned city departments from using it.

How is IoT Driving Digital Transformation Across Industries?